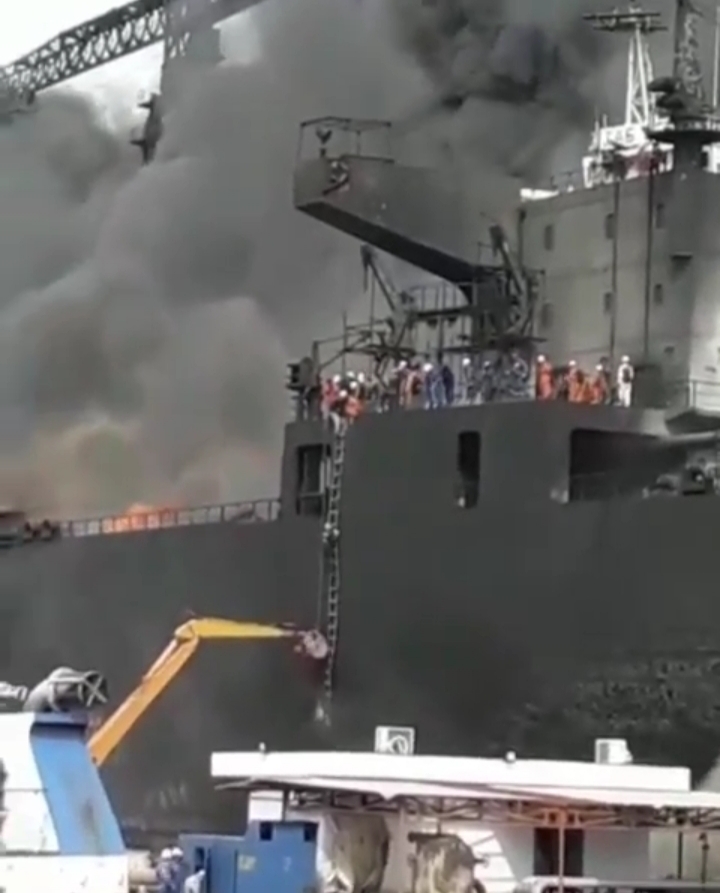 Several explosions were reported to occur onboard Aframax crude oil tanker “JAG LEELA” in the morning of Monday 11th May 2020, followed by a major fire with billowing black smoke. The tanker is drydocked at shipyard Belawan, Medan, Malacca Strait, Northern Sumatra, Indonesia. Several workers were said to suffer burns and were hospitalized. An unknown number of workers were reportedly trapped inside. It was stated that the fire spread to a nearby vessel. Dozens of fire engines and tugs with water cannons were deployed. It was gathered that the fire was still raging as of 0600 UTC on May 11